Play in rainy, snowy or clear conditions at day or night time

The weather plays a big roll on game-play in Grunt1914. When playing in clear conditions its easy to target and spot other players and combat is clear and open. When playing in rainy or snowy conditions however, there are winds howling and particles that fill the air. These elements make visibility a challenge.

Games can be played in daytime or at night time. In day time there is naturally a lot of light, making warfare open and frontal. At night time a more stealthy approach is often needed as visibility is low and enemies can be hard to spot. 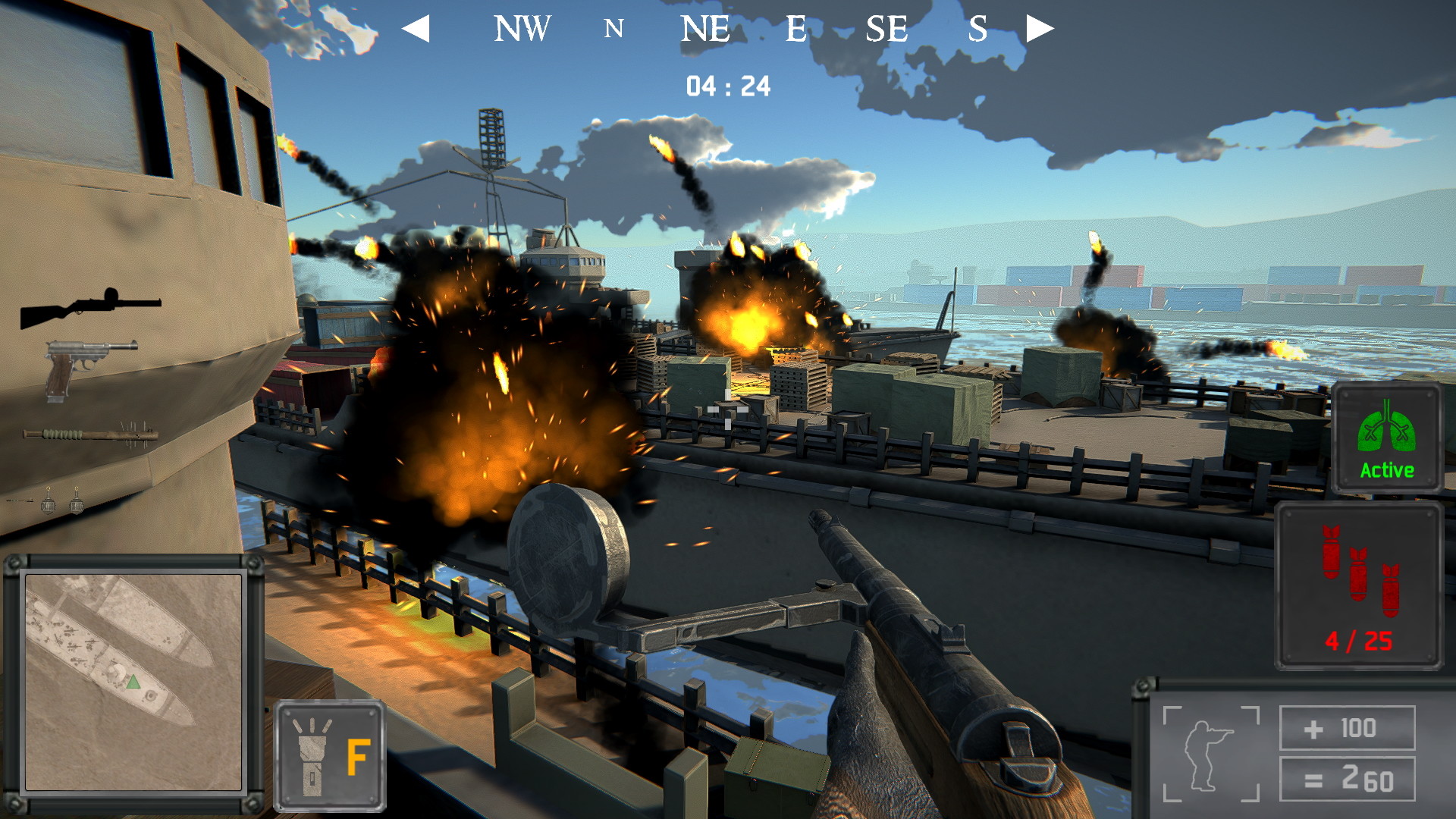 A return to classic shooting with over 55 guns, grenades and melee weapons

With over 55 weapons to choose from there is a massive arsenal to select and play with. World war one warfare has never been so versatile and open with multiple versions of pistols, sub-machine guns, machine guns, rifles, shotguns each with unique skins, attachments, animations and audio. Each weapon feels lifelike and unique when you use it, making for realistic gunfights. Guns have unique ballistic, spray pattern, fire speed and weight values - just like the real thing.

Apart from guns there are also multiple unique grenades and melee weapons to choose from, making warfare even more versatile and chaotic.

Grenades have varying damage and range values, making each deadly in a unique way. 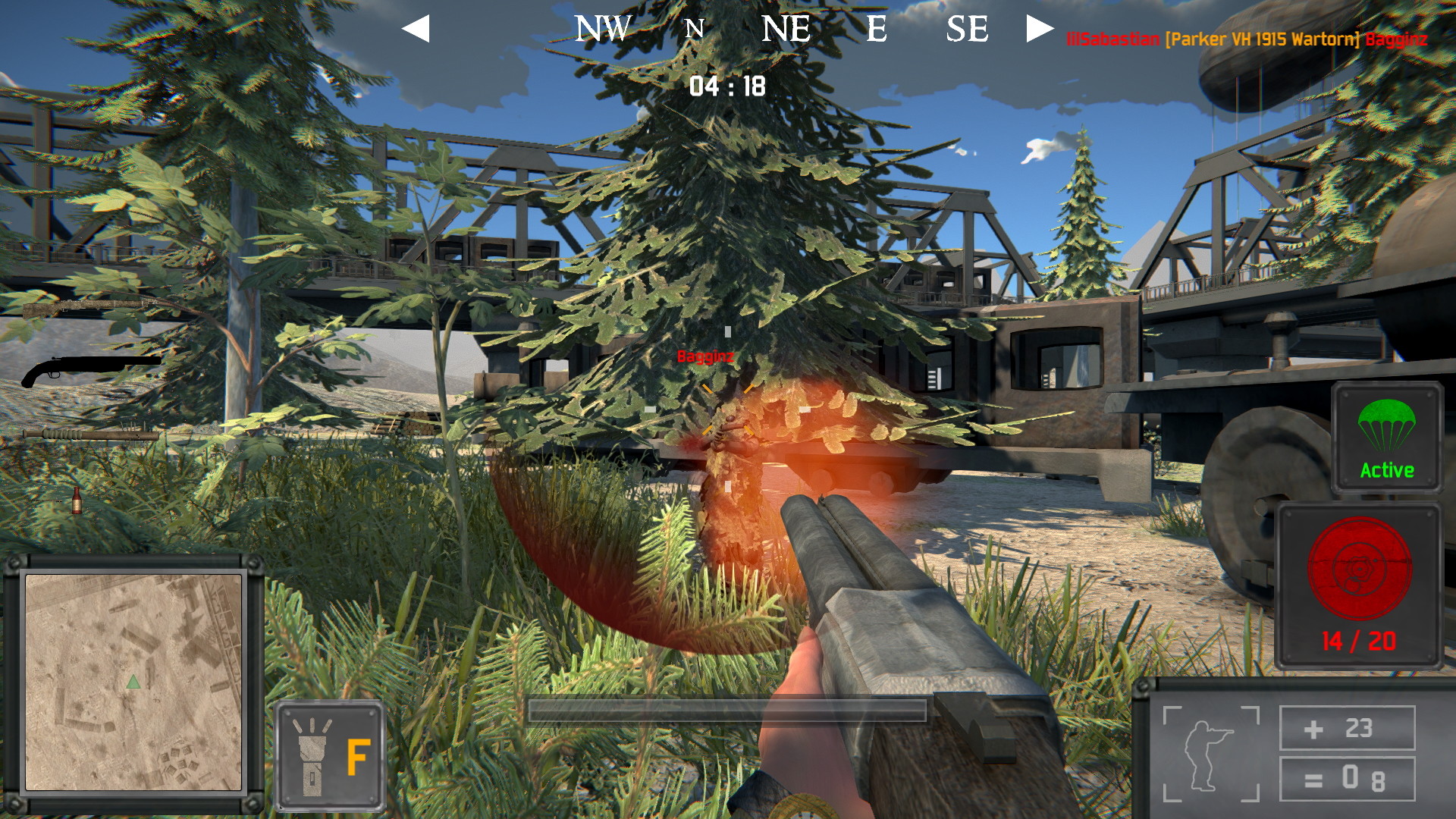 Classes can be selected regardless of the selected character or team. 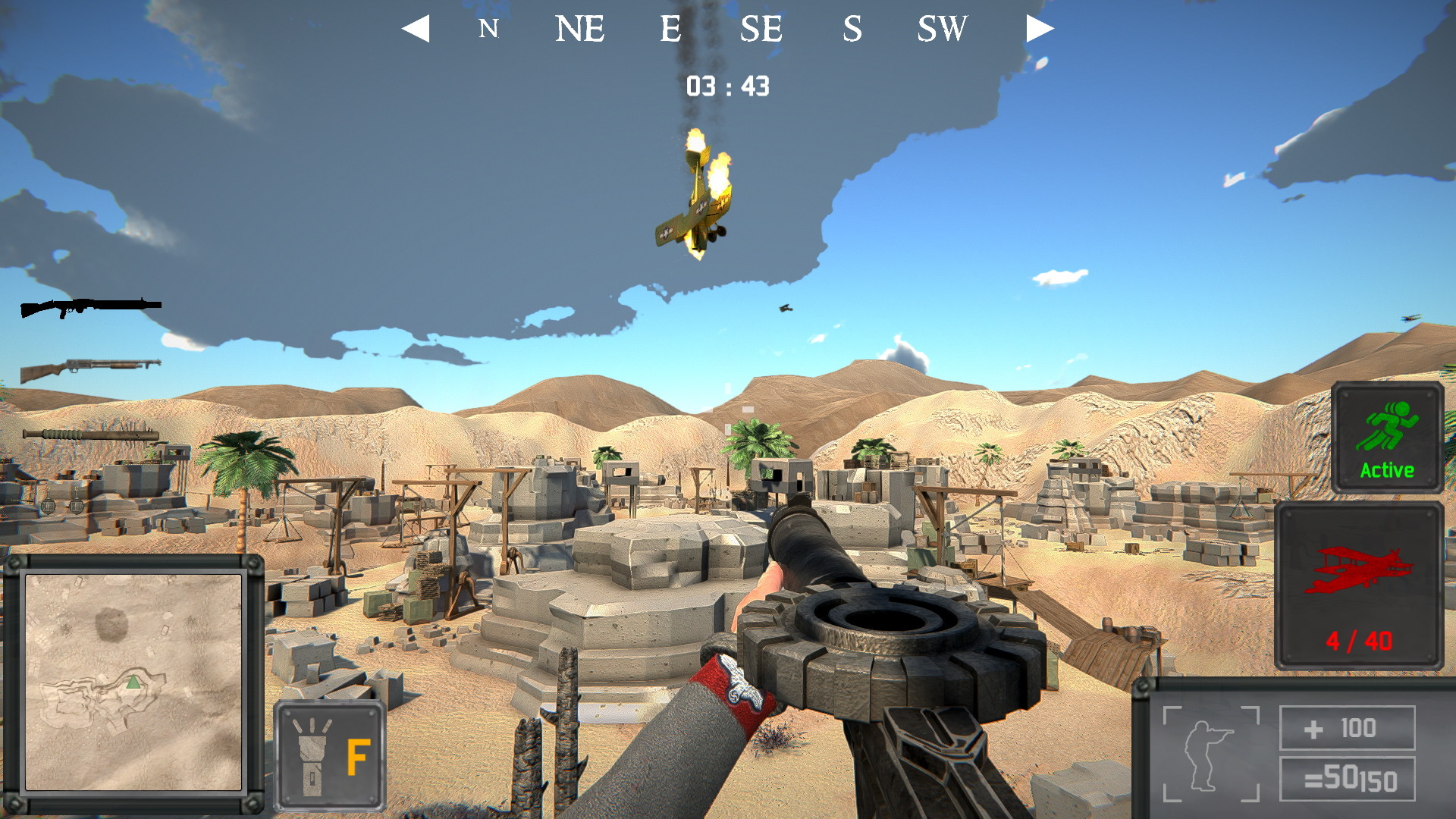 16 Unique maps to choose from

Travel all around the locations of history with 16 true to life world war one maps to play in. Maps are varied in size, location and style and each one is unique and offers something new.

Maps range from African to American to European locations and includes everything in between. Some maps have allot of cover and shelter while others allow for more open warfare to ensue. Some maps are blocked of and walled in while others are open ended and expansive. These variations offer different types of gunfights and experiences.

Maps support up to 20 players with a variety of game modes on each available. 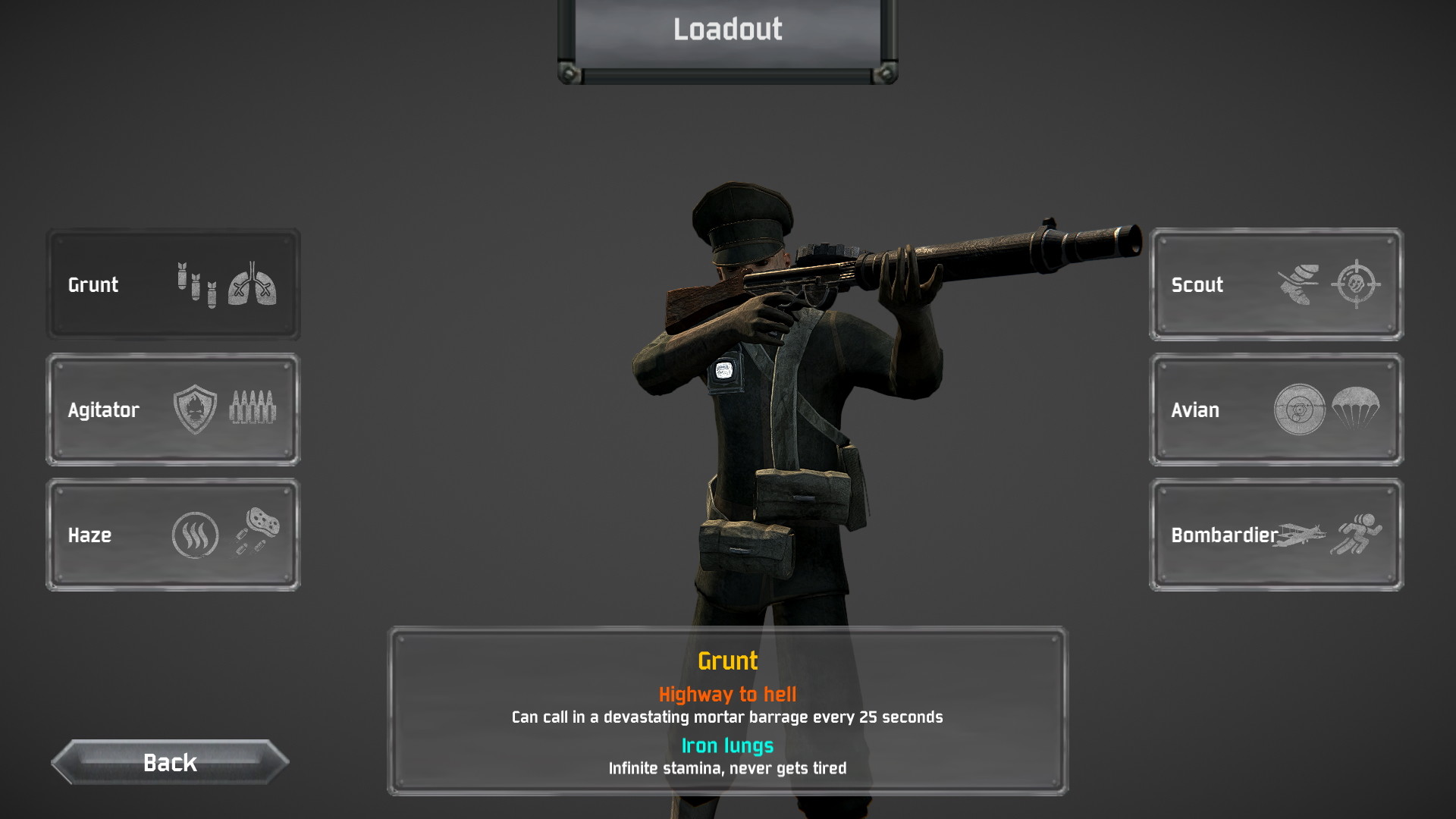 The Axis vs the Allies

In Grunt1916 there are two factions to play as, the Americans and the Germans. Each player can select their own unique character to play as and fight with. Each faction has three unique characters that can be selected.

All the weapons in the game as well as the abilities can be selected regardless of which faction or character is being used. 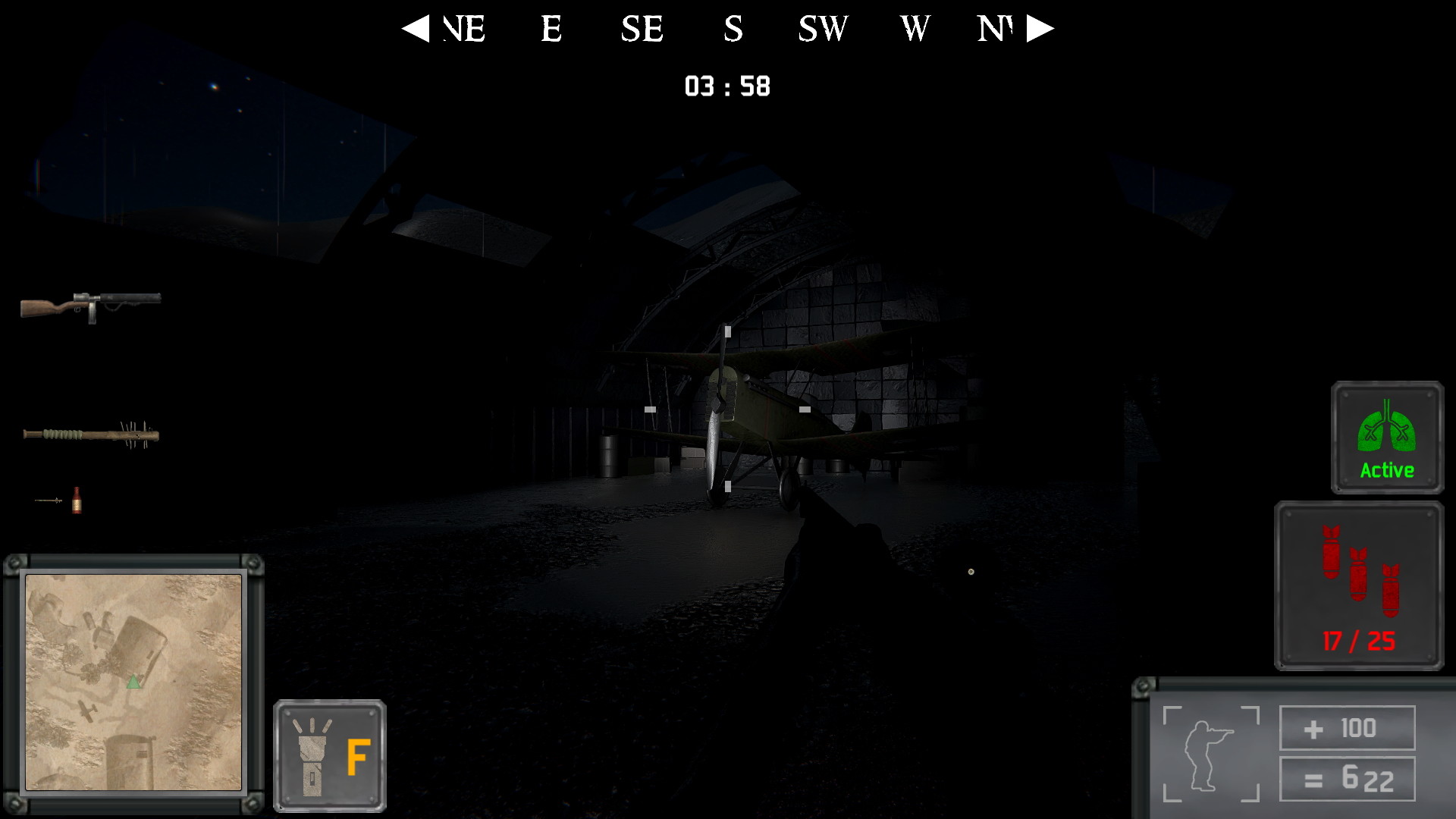 Aligned Games© was started by me, Johannes Christiaan Nienaber in 2013 as a video-game development studio. At that time I focused on the creation of smaller scale games, but have since moved into developing bigger and better games. I run the studio myself and as such all of its associated video-game are my sole properties. Grunt1914 is my first foray into the PC gaming market.